Alessandro Serra, one of the most personal directors on the Italian stage, transposes Shakespeare’s Macbeth to the Sardinian language and culture, and delivers an all-male performance in the purest Elizabethan tradition. The play was considered Best Italian Production 2017 (UBU Award and National Critics’ Prize), catapulted him internationally and has been touring continuously ever since.

Macbettu is a re-writing of this ever-contemporary story of ambition and betrayal, which, based on Serra’s physical theatre, places the performer’s body at the centre of the stage, creating a spectacle of images, sounds and hypnotic gestures that takes us back to ancestral rituals, universal classical archetypes and the primordial forces of nature.

“The idea was born during a photo shoot at the carnival in Barbagia. The dark sounds produced by cowbells and ancient instruments, animal skins, horns, cork. The power of gestures and voice, the closeness to Dionysus and at the same time the incredible formal precision in the dances and songs. The dark masks and then the blood, the red wine, the forces of nature tamed by man. But especially the dark winter. The similarities between Shakespeare’s masterpiece and Sardinian characters and masks are striking. The Sardinian language does not hinder its enjoyment, but transforms into song what in Italian would run the risk of lapsing into literature. An empty stage space crossed by the bodies of the actors who draw places and evoke physical presences. Stones, earth, iron, blood, warrior postures, vestiges of ancient nuragic civilisations. Matter that does not convey meanings, but primordial forces that act on those who receive them”.
Alessandro Serra

Alessandro Serra is one of the most relevant directors of contemporary Italian theatre. His work goes beyond stage direction and extends into the fields of research and theatrical creation.
His works, which have toured Europe, Asia and South America, are the result of research work based on the centrality of the actor, the composition of the image and a dramaturgical use of lights, objects and sounds.

His teachers are 20th century theatre greats such as Grotowski, with whom he discovered the depth of the actor’s art, Kantor, from whom he learnt about stage writing and the use of objects, and Peter Brook, whose readings of Shakespeare he admires.

He has received numerous awards and accolades, including the Hystrio Award for direction, the Golden Laurel Wreath Award for Best Director (MESS Festival – Sarajevo) and the Italian Theatre’s Le Maschere Award for Best Set Designer. Macbettu was recognised as the best Italian theatre production of 2017 and received the UBU award and the Italian National Theatre Critics’ Prize.

Cristiana Morganti – Jessica and Me 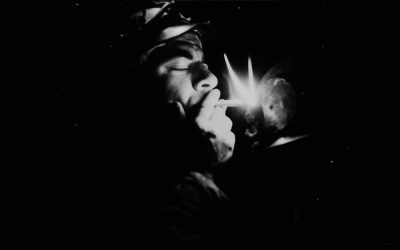