The world “as will and repetition”.

f we adapt Schopenhauer’s famous title in this way, it almost gives us… Steve Reich! His music can just about be classified on Wikipedia as “minimalism.” Reich is probably the authentic “wind” of today’s life: soft spirals, New York biorhythms, the ephemerality of romantic sensations, pounding passions, blends between Africa and the Nakagin building, beats in magical inventories… but above all the action, in real-time, of the compositional process. “I want my music to make some difference in their lives”, declares Reich, who was happy to move away from Darmstadt orthodoxy in the 1970s and make “tonal, very tonal” music (summoning Thelonius Monk and Perotin) to become, today at 86, one of the most influential composers of our time.

Steve Reich was recently named “the most original musical thinker of our time” (New Yorker) and one of “the greatest composers of the century” (New York Times). His music has influenced composers and musicians around the world. Music for 18 Musicians and Different Trains were both recipients of the Grammy Awards, and in 2009 Double Sextet won the Pulitzer Prize. Video documentary works The Cave and Three Tales, made in collaboration with video artist Beryl Korot, have been exhibited on four continents. His recent work Quartet, for percussionist Colin Currie, sold out two consecutive concerts at London’s Queen Elizabeth Hall, shortly after tens of thousands of Glastonbury Festival attendees heard Jonny Greenwood (Radiohead) perform Electric Counterpoint followed by the London Sinfonietta’s rendition of “Music of 18 Musicians”.

In 2012, Reich was awarded the Gold Medal for Music by the American Academy of Arts and Letters. He has also received the Praemium Imperiale in Tokyo (2006), the Polar Music Prize in Stockholm (2007), the BBVA Frontiers of Knowledge Award (2013) and, more recently, the Golden Lion at the Venice Biennale (2014). He has an honorary degree from the Royal College of Music in London, the Juilliard School in New York, the Liszt Academy in Budapest and the New England Music Academy, among others. “There’s just a handful of living composers who can legitimately claim to have altered the direction of musical history and Steve Reich is one of them,” states The Guardian.

His training has always tended to be as comprehensive as possible, having the opportunity to work closely with great musicians in different fields. His studies range from specific training in saxophone and chamber music to studies in History and Science of Music, as well as Pedagogy.

He has participated in festivals such as Cervantino International Festival in Mexico; Darmstadt Ferienkurse für Neue Musik, Klangwerkstatt Festival and Infektion Festival in Berlin; Impuls Academy in Austria; Adelboden Festival and the Montreux Festival in Switzerland; Segovia Festival of Classical Music and Lucerna Festival, among others. He also collaborates with some large-scale ensembles such as the European Philharmonic of Switzerland, the Lucerne Festival Academy Orchestra, the Frankfurt Radio Symphony and the Mahler Chamber Orchestra, working with conductors such as Simon Rattle and Pablo Heras-Casado.

He is a professor at the CSKG and is currently undertaking his PhD at UVa in the DART programme for Artistic Research.

Solo percussionist, orchestral musician, teacher, composer and producer…Juanjo Guillem can be called a multifaceted musician, one of the top references in his field due to his commitment to current avant-garde music and everything related to music and percussion today. Artistic Director and founder of Neopercusión. Artistic director of the Madrid cycles Ritmo Vital, Konekt@rte sonoro, Pleyades and Agora Actual Percussio de Javea (Alicante). He regularly performs as a soloist with orchestras, in solo recitals or with Neopercusión, and he gives masterclasses in Europe, Asia and America. Solo teacher of the Spanish National Orchestra and Professor at CSKG, CSIB and UAX.

As a music populariser, he presents several live concerts of the National Orchestra and Choir of Spain and usually gives lectures and presentations at various international festivals, introducing the public to the world of musical significance through rhetorical figures, clichés and personal links of the composers.

He is the author of several books, publications and articles on significant musical structures, “shadow” themes, “living landscapes” in music, the audience as a forger of musical meanings, etc. He teaches courses and conferences on these topics at various universities and international institutions. He is co-director of Rencontres Internationales de Musique in Valence, Madrid, Barcelona, Geneva and Annecy. 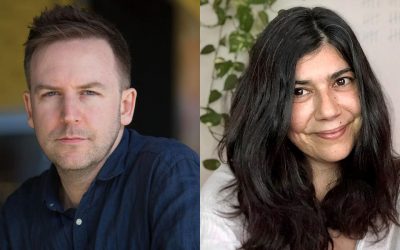