Laurie Anderson: A million things to do.

Journalist Fietta Jarque speaks to multimedia artist Laurie Anderson about her work, the key to her constant creative search over the last few decades and the state of the arts and contemporary culture in this time of technological changes.

Laurie Anderson is one of the United States’ most celebrated and daring creative artists. She is famous for her multimedia projects and innovative use of technology. As a writer, director, visual artist and vocalist, she has pioneered the creation of works that combine the fields of art, theatre and experimental music.

Her recording career, catapulted by O Superman in 1981, includes the soundtrack to her films Home of the Brave and Life on a String. Her stage projects range from simple spoken word pieces to complex multimedia productions such as Songs and Stories for Moby Dick (1999). Laurie Anderson has published seven books and her visual art has been featured in major museums around the world.

In 2002, she was chosen as NASA’s first artist-in-residence, culminating in 2004 with her solo project “The End of the Moon”, which toured the world. Other projects include Hidden Inside Mountains, a series of audiovisual installations and high-definition films created for the 2005 World Expo in Aichi, Japan. In 2007, she received the prestigious Dorothy and Lillian Gish Prize for her outstanding contribution to the arts. In 2008, she finished a two-year world tour, presenting her project Homeland, released by Nonesuch Records in June 2010. The solo project Delusion premiered at the Vancouver Cultural Olympiad in February 2010. In October 2010, a retrospective of her visual work and installations was presented in Sao Paulo and Rio de Janeiro. In 2011, her new visual work Forty-Nine Days in the Bardo was presented in Philadelphia, and Boat, her first exhibition of paintings, premiered at the Vito Schnabel Gallery in New York.

She has recently completed two artist residencies at UCLA’s CAP (Los Angeles) and EMPAC in New York. Her film Heart of a Dog was included in the official selection of the Venice and Toronto film festivals. Likewise, her exhibition Habeas Corpus was presented at the Park Avenue Armory to critical acclaim and in 2016 she received the Yoko Ono Courage Award for the Arts for the same project. Laurie Anderson lives in New York.

Fietta Jarque is a journalist and writer. Born in Lima (Peru), she has lived in Spain since 1984, the same year she joined the culture section and the Babelia supplement of the newspaper EL PAÍS, where she remained until 2013. As a journalist, she has mainly written about art and music. She has published the books Entrevista con los ángeles (El País Aguilar, 1995), co-authored the novel Yo me perdono (Alfaguara, 1998) with Rosa Rivas, the interview book Cómo piensan los artistas (2015) in Fondo de Cultura Económica-Peru, La vida sin dueño, memorias del pintor Fernando de Szyszlo (Alfaguara, 2016) and the chronicle Donde Dennis Hopper perdió el poncho (Seix Barral-Planeta, Peru, 2020). She founded the digital publishing house PLibros in 2013. In 2019, she coordinated the exhibitions of the Parallel Programme of Peru’s participation in the Arco fair in Madrid on behalf of the Ministry of Culture. 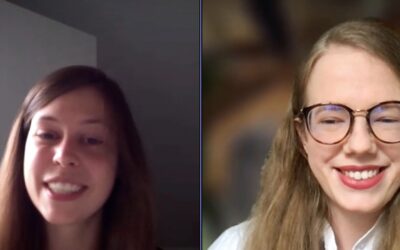 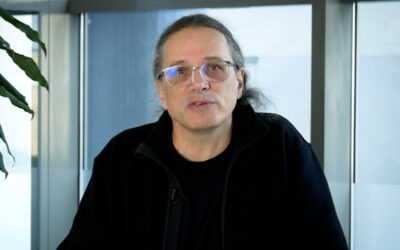 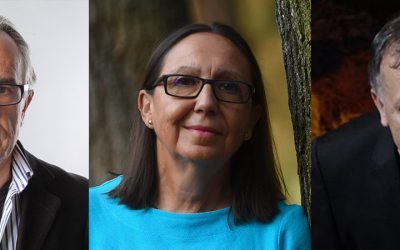 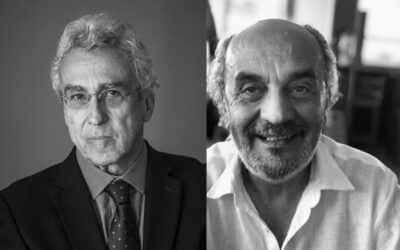