The transformations of urban life and forms of urban production in our cities have given new meanings and functions to public cultural policies. Luca Bergamo, deputy mayor of Rome and the person in charge of the city’s cultural policies has been developing a transformative programme that seeks to insert the cultural sphere into the life of the community from a different perspective.

Ernesto Castro, Doctor of Philosophy and Professor of Ancient and Mediaeval Philosophy at the University of Zaragoza
Luca Bergamo, deputy mayor of Rome

Deputy Mayor of Rome and Councillor for Cultural Affairs. In the four years before he acceded to the City Council, this Roman native was the Secretary-General of Culture Action Europe (CAE), the most authoritative representation of the cultural and museum sector in Europe. Its objective is to place culture at the centre of public debate and decision-making as an essential component of societies based on respect for human rights.

In the past, he led, as Director-General, the launching of the National Youth Agency and the Glocal Forum foundation, committed to promoting peace dialogue in post-conflict areas. Between 1996 and 2004, he influenced Rome’s cultural life by creating and directing many initiatives such as Enzimi and the Biennale of Young Artists, thanks to which the old Testaccio Slaughterhousewas returned to the city instead of being sold to make money. In the first ten years of his professional life, he worked on the design of information systems with forays into artificial intelligence. He has always combined professional commitment with civic activism. 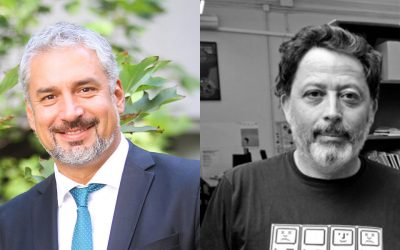